During the early 1970s, Volker Eisele was a graduate student in sociology at the University of California in Berkeley. He found weekend respite from the pressures of academia in the tranquil foothills of the Napa Valley.  Enlightened by the peaceful beauty, he and his family moved from their Berkeley home to plant their seeds in the breathtaking 400 acre valley estate on which the vineyard is located. In 1974 Volker became a scholar of grape growing.

Renowned as one of Napa Valley’s finest quality grape growers, Volker dedicated over four decades to mastering the art of sustainable organic viticulture. His passion for grape growing and land preservation serve as a beacon to others. He was past president of the Napa County Farm Bureau and the Napa Valley Grape Growers.  He was presented with the Earl Thollander Environmental award in 2007, Napa Valley’s 2008 Agriculturalist of the Year award as well as the Leader of the year award from the California Association of Wine Grape Growers posthumously in 2015.


Liesel, Volker’s wife, winery partner and landscape architect, brings an entirely different dimension to the winery. She concentrates on the aesthetics of the family estate as well as the horticultural wellbeing of plant life in Chiles Valley. Her firm has designed the landscape plans for many residential and commercial projects including numerous wineries in the region. With her love of the land and deep understanding of the “terroir” that makes wine so unique, she continues to be an indispensable partner in the success of Volker Eisele Family Estate. 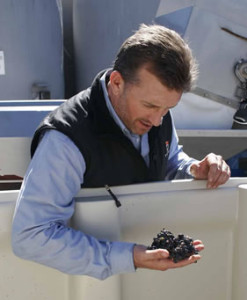 Alexander Eisele grew up on the vineyard and as a small boy he often snacked on the juicy fruit right off the vine, refining his taste buds at an early age. His choice of career was no surprise. Alexander, who is fluent in German and Spanish, obtained his degree in International Business and is well equipped to manage the challenge and complexity of a family vineyard and winery. With his business degree, foreign language skill, refined wine palate and love for the land, Alexander has committed himself to continue in his father’s footsteps by growing high quality organic wine grapes and producing elegant estate wines.

Christiane, like her brother Alexander, also grew up on the ranch. Her love of wine led her to complete a degree in Fermentation Science and Enology at UC Davis. From there she moved on to Medical School and now specializes in Emergency Medicine in Louisiana and California. While she is following a career in medicine, she still finds time to indulge her passion for wine and to assist her wine-making family.

Catherine, Alexander’s wife, is a Napa native and has been exposed to wine and vineyards since childhood. Her degree in Global Studies with an emphasis on Latin America, extensive world travel as well as years spent working for an accounting firm in St. Helena have prepared her well for her various roles. Catherine’s focus on sharing our story, sales and marketing, guest experience and palate enlightenment make her an integral part of our team.

Simon Finn and Tristan Wolf, Alexander and Catherine’s children are the fourth generation of the Eisele family to roam the land.  From wandering through the creek beds to eating fruit right off the vines, they are growing to appreciate the beauty that surrounds them and the flavors of high quality organic wine grapes. 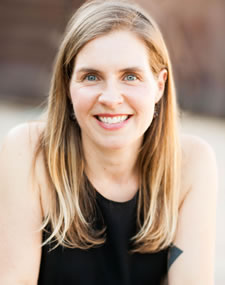 Molly Lippitt’s fascination with wine began young, when she would visit her father at work and marvel at the tall, shiny tanks and cold, dark barrel chais. Raised in the Sonoma Valley, Molly’s first job out of college was in the lab at Sebastiani Vineyards, the same winery where her father spent more than three decades as operations manager. Since then, Molly has worked under and alongside multiple top echelon winemakers, including Heidi Barrett, Philipe Melka, Mike Hirby, and Julien Fayard. Molly’s winemaking past includes positions as Associate Winemaker at Moone-Tsai Vineyards, and Assistant Winemaker at Paradigm Winery (a position whose alumni include Helen Keplinger and Anne Vawter). Additionally, Molly has worked with Duckhorn Vineyards, Relic Wine Cellars, and Talisman Wines, as well as Whitehaven Vineyards in New Zealand. Molly and her family lived in Sonoma Valley. 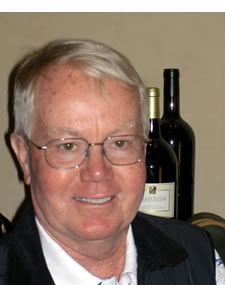 John McKay brought 40 years of winemaking experience to Volker Eisele Family Estate. For many years he has been at the forefront of his profession, implementing new winemaking techniques that were heretofore unknown in California. In the 1980’s he pioneered the now common practice of “sur lie aging” of barrel fermented white wines. He was the first to use Semillon as a blending component with Sauvignon Blanc to make wines of great complexity and distinction in the typical Bordeaux style. Volker Eisele Family Estate continues this practice with our Gemini. With red wines McKay has instituted the use of extended maceration during fermentation for more suppleness and depth of character. It is now applied to both the Volker Eisele Family Estate Cabernet and to our Terzetto.

Jose Nevarez arrived at the ranch on horseback in 1974.  This was the beginning of an enduring friendship with the Nevarez family from Durango, Mexico.  Over the last four decades three generations of the Nevarez family have farmed the land with us.

Our year round vineyard crew of six, is a tight knit team that meticulously tends the vines implementing farming techniques that produce high quality fruit.